Labels
Topics Aha! All About Me

In the '90s MTV first aired the reality show "The Real World." The intro said the cameras would follow the seven strangers to find out what happens when people stop being polite and start being real. Forget the cameras, forget MTV. I'm about to get "real" with myself.

I recently realized that I don't know to fail.

And I wish I could say it's because I'm a badass and just crush everything I do.

But the reality is I don't fail because I don't take risks. Like, at all. I don't do anything unless I'm 99.9% certain of the outcome -- and when I am certain that outcome will be a success. If I am certain of failure ... well, why even bother?

You may be thinking "that's a horrible way to live," and you wouldn't be wrong. Some may even be thinking "failure is how you learn." That is true, too. But this is what I "learned" from childhood "failures": they are met with disappointment, disdain, disbelief, punishment, and are overall something to avoid.

As best I could.

And now I find myself in a crossroads in my life. There are decisions to make as I chart the course for the second act of my life. And yet, I find myself completely and utterly indecisive and lost. I feel I am making decisions for a person I don't know. Who is this person and what does she want?

Your guess is as good as mine.

I think she would like to have some self-discipline. On the surface, it may already look like she has that. But routine and habit are often mistaken for self-discipline. I think she would like to be able to ask herself some really tough questions, despite the fact that she's afraid of the answers. I also think a part of her knows the answers already, but fear is preventing her from giving voice to them. Saying them aloud makes them all the more real.

But ultimately, I think she would like to get to know herself. The first half of her life was mostly a predetermined course, navigated successfully and praised by others for making all the right moves. But while on that course she never really stopped to ask herself why she was on it. Was it truly for her? Or was it because that path led her away from failure? Away from risks? Was she motivated by the desire to succeed or a fear of risks and failure?

I think those are the things the stranger I see would like to know or may want.

I said "I think" because for a long time I was afraid to ask.

But I'm not afraid anymore. 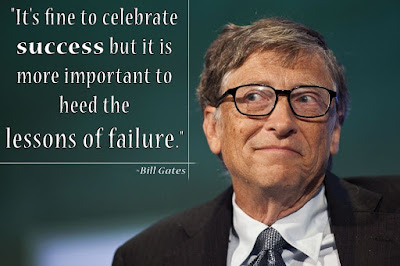